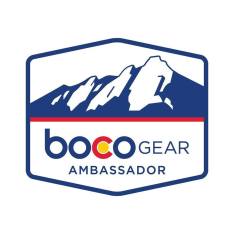 This year, I’m happy to serve as a BOCO Gear Ambassador. I’ve amassed quite a collection of their technical truckers and running caps over the years, after all, and every hat carries a few treasured memories.

Maybe it was my first season of dedicated strength training with Beyond Exercise, which led me to finally break both the 4-hour and 3:45 barriers in the full marathon.

Maybe it was the fine folks at San Francisco Running Company or the Ohio Valley Running Company showing me new places to run and explore around Mount Tamalpais or Strouds Run.

Maybe it was my first visit to Arches National Park in 2017 or Devils Tower National Monument in 2018.

Maybe it was my first-ever trail race: last June’s Leadville Heavy Half.

If growing up with the Indiana Jones films taught me anything, it’s that every great adventurer needs a great hat … and every one of these hats has seen an adventure. I can’t wait to see what memories I’ll make in 2019. I’m sure my hat collection will continue to grow with every adventure.